On Art and Populism: Ethereum Will Save Us All 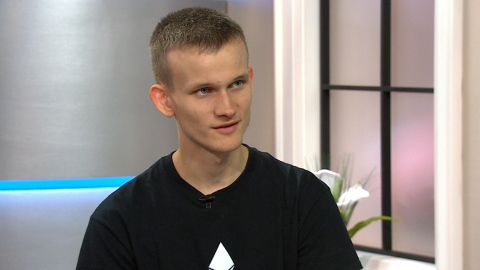 19/11 2015 Vitalik Buterin is the creator of Ethereum, a set of internet protocols he invented just two short years ago. Ethereum is relevant to the topic of Political Populism in the sense that the status quo crisis of legitimacy creates a growing plausibility for alternatives. This extends from voters choosing populist politicians as an expression of discontent, to those who believe we are in the midst of a full-scale paradigm shift, which does seem to be underway in various guises. Ethereum is one of a number of projects that make use of the mass collaborative capacities of the internet — think Wikipedia — which are only beginning to be understood. Ethereum probably will not save humanity, not least because of the law of unintended consequences. Regardless, Ethereum and other blockchain-related projects in development do have a fascinating transformative potential precisely because of the way they leverage the power of the network.

Buterin emigrated to Canada from Russia when he was six. By the time he was 17, he had learned about Bitcoin, a form of digital cash that was emerging on the internet. A budding technologist, he set about developing Bitcoin-related tools for use by programmers, producing a set of code libraries that remain widely in use today. Bitcoin is a distributed computing project made possible by an entirely new type of data structure called the blockchain. In simplified terms, the blockchain is a kind of turbocharged spreadsheet, an open, transparent ledger that is continually updated and replicated throughout its network. Through a clever consensus mechanism, each copy of the ledger is guaranteed to be identical, a feat in computer science that had not been possible previously. In the words of technology thinker Don Tapscott, the blockchain is an incorruptible digital ledger of economic transactions that can be programmed to record not just financial transactions but virtually everything of value. Network consensus is a breakthrough because it eliminates the need for centralized entities such as banks to provide trust. Without the requirement of a trusted intermediary to guarantee their validity, transactions can be done purely on a peer-to-peer basis. Whereas early advocates of the web’s liberatory potential were disappointed to see it get consolidated into powerful corporations like Visa, Amazon and Ebay, the potential inherent to P2P networking is for the complete opposite to happen. And Buterin’s contribution to this next iteration of the web is huge. 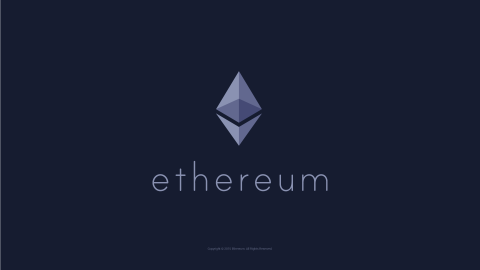 Blockchain-related projects like Bitcoin and other cryptocurrencies have set out to discover what the full implications are of a decentralized internet. By the age of 19, Buterin had the insight that a blockchain might enable the transformation of the internet into a single operating system, a “world computer” — one that, like Bitcoin, would use a cryptocurrency (called Ether) to incentivize its network. Authoring a white paper detailing his vision in 2013, Buterin instantly attracted the attention of the open source community. Software developers became excited about the promise of Ethereum because it made possible the creation of a new class of decentralized applications (Dapps) for transacting and collaborating on the internet. What this means is that legacy institutions that function according to a model of centralized trust could be supplemented or entirely replaced by software. Buterin’s vision for the Ethereum Virtual Machine is perhaps the most ingenious of a wave of recent innovations that have the potential to remedy real world problems. After all, the very premise of Bitcoin is that the mainstream financial system is the problem. If we have learned anything since the 2008 financial crisis, it is that capitalism wont reform itself.

One of the more disconcerting things about Bitcoin is not its potential to launder money or traffic in prescribed substances (cash remains king in this regard) but the weird facts surrounding the project’s inception. Namely, the uncannily good timing of its appearance in the wake of the 2008 crisis, and that its inventor or inventors are known only by the pseudonym Satoshi Nakamoto. But the truth is, these misgivings do not matter. They exist in the rearview mirror of everything that has happened in the past seven or so years in the development of Bitcoin and the blockchain, primarily due the network effect1. Bitcoin, Ethereum and similar initiatives2 are global projects today, with a user base not mainly made up of characters like Ross Ulbricht (mastermind behind the Bitcoin-powered drug trafficking website Silk Road, now serving a life sentence in prison). Instead, some of the most active new players in the blockchain and Ethereum space are familiar names like Samsung, Microsoft and Deloitte.3

Meanwhile, Vitalik Buterin’s innovation on the blockchain is now a worldwide open source project. The Ethereum platform was launched on the 30th of July this year for developers to build on, and was recently the subject of a sold-out five day conference in London. Like so many other things in the 21st century, we see the potentials and risks within an industry get rendered more complex, and also more accessible, due to the tools digital makes available to the user. As a mechanism of possibility for a decentralized internet, Ethereum has many proposed uses, including new participatory models for governance. This text really only scratches the surface of a the world of possibility that is emerging. Today, the technology is in its infancy and how it will in practice be rolled out remains an open question, and a very promising one at that.

1) “Over time, positive network effects can create a bandwagon effect as the network becomes more valuable and more people join, in a positive feedback loop.” https://en.wikipedia.org/wiki/Network_effect

2) UK-based project MaidSafe has similar aims to Ethereum, proposing a network that gets rid of the intermediary layer of servers and datacenter…the users of the network also acting as the network infrastructure by donating to it a portion of their spare hard drive capacity.

3) Prior to the blockchain, banks had little incentive to innovate, even in spite of the massive dysfunction that brought on the 2008 banking crisis. In a clear indication that they recognize the disruptive potential of the blockchain, 30 global finance entities teamed up this summer to form startup called R3 CEV, most likely with the intention to create a so-called permissioned ledger version of the blockchain — that is, a secured private blockchain that excludes members of the public from the benefits built into the blockchain’s original format as a public, transparent distributed ledger.

This is one of ten posts written to accompany the Kunsthalle Wien’s Political Populism exhibition (November 11, 2015 – February 2, 2016).

Rosemary Heather is a freelance writer based in Toronto and Editor-in-Chief of Q&A, an information retail project focusing on interviews.

Robert Kennedy is a Toronto-based filmmaker and editor. Recent projects include working as the editor of the documentary, Altman.

You are currently reading On Art and Populism: Ethereum Will Save Us All at Army of YouTube.