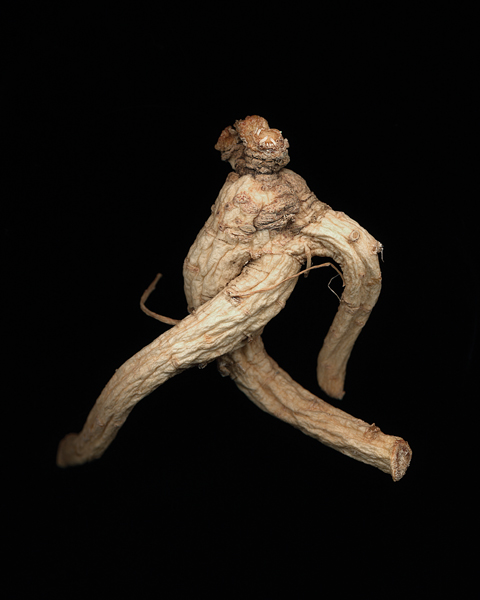 Going one step beyond the film-less photography of the digital age, in this series of pictures Evan Lee eliminates the camera as well. The Vancouver artist presents images created with a flatbed scanner. Printed as photographs, the works do not immediately betray their provenance as so-called camera-less pictures. In the gap between their appearance and their origin resides the work’s conceptual dimension, one that has deep epistemological implications.

The centerpiece of the show is ‘Every Part From a Contaflex Camera Disassembled by the Artist During Winter, 1998’ (2006). Like a skeleton minus its musculature, the pieces of the camera lie on the surface of the picture as if collapsed in a pile. The image, which reveals the complexity of the mechanism and the surprising delicacy of its parts, also serves as an apt metaphor for the dismantled hierarchies of the digital age.

A suggestion of just how the digital realm is reorienting our relationship to time and space is the most compelling aspect of this show. Conceptually, the picture plane offers a view that is downward and horizontal. Except that it doesn’t, because the works are mounted vertically on the wall. It is a confusion that profoundly disorients cultural assumptions about what constitutes the space of looking. Whereas the picture plane used to open up onto the Quattro Centro, viewers now contemplate a terrifying vista of emptiness.

All works in the exhibition fall within the genre of the still life, the artist using cheap props like plastic fruit or the brightly colored lures used in fly-fishing. In each work’s title he specifies the paltry cost of the props, helping to emphasize an enduring aspect of the memento mori’s message that human’s are vain, time is empty and life is futile.

You are currently browsing entries tagged with Contaflex Camera at Army of YouTube.