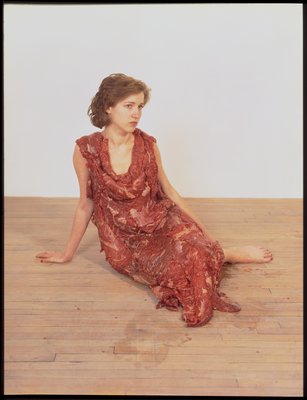 I happened to find myself in Grande Prairie, Alberta. I had never heard of the city before. In Canada most urban life hugs the border with the United States. Canadians commonly refer to this border by its latitude: the 49th parallel. Grande Prairie sits just north of the 55th parallel. If you were driving from Montana, it would take over 12 hours to get there. Call me ignorant of geography. I didn’t know Canada had cities that far North.

I live in Toronto and it cares little about what happens in Grande Prairie; the centre of Canada’s media universe, news emanating out from here barely mentions the place. For the people of Grande Prairie, I’m sure the feeling is mutual. After all, Grande Prairie is booming. In part due to the dirty economics of the Tar Sands, Alberta is an exceedingly prosperous province.

Driving the streets of Grande Prairie, you can draw a map of Globalisms’ franchising coordinates. Starbucks is one outlet we are happy to find. Good coffee is progress, says my companion. Context is everything. In the absence of better coffee, Starbucks is good. Like the prow of a ship breaking ice, Starbucks opens up new markets for capitalism while setting better standards for coffee taste. This is the progress we like, one that caters to our urbanite selves. We can thank the Tar Sands for this, along with its disastrous environmental effects. History is always experienced as a lived contradiction.

At lunch, I read a BBC story on my phone about Lady Gaga. How does she do it? Various experts weigh in on the Gaga phenomenon. Like Starbucks, I don’t doubt that Lady Gaga is popular in Grande Prairie. Shuttling through stations on the car radio I hear Bad Romance and then Classic Rock. I want to understand the changing landscape of mainstream culture. In Grande Prairie, I find myself in the changed landscape itself. To me, it looks like a city that has popped up overnight, the spores of Globalism taking root in the form of big box stores. Seeing duplicates of chains I know from elsewhere makes Grande Prairie a place I both can and can not recognize. Thriving, it still seems to barely exist. It is simulacral, to use that old word.

At Starbucks I had picked up a flyer for a local historical society. This is what culture is in Grande Prairie, I think: Lady Gaga and historically-accurate reconstructed log cabins. Grande Prairie upends what I thought I knew about the world. Globalism redraws the map of the globe, and Gaga looms large on this horizon.

At the 2010 MTV Music Video Awards, Gaga wore a meat dress. Thinking about this, I make the assumption it augurs something new. Not the meat dress itself – that is an artwork made by Jana Sterbeck in 1987 – but the meat dress as an object of mainstream consumption. Claiming to be an artist, Gaga uses the shock tactics of the avant-garde, but not to any avant-garde end. As John Ashbery wrote in 1968, “the artist who wants to experiment [today]…is now at the centre of a cheering crowd. Gaga serves a structural purpose, not unlike that of Starbucks coffee.

Writing about the Pepsi Corporation in the New Yorker, John Seabrook notes that Pepsi products have a dual nature. Every bag of Doritos offers flavour combinations that are the same every time, fused with something more abstract. As Seabrook says, “PepsiCo grafts taste with desire.” The same could be said for any contemporary brand. In Gaga’s case, she embodies the culture social media makes. Gaga is the best example of its aspirational narrative: self-transformation is just a costume change away. This is why the music she makes can be merely adequate.

Art and pop culture are like languages. The parts of speech remain the same, while meaning is generated through the logic of substitution. If history’s substitutions always move from tragedy to farce, Gaga is definitely the farce. She wore the meat dress for the purposes of a photo op, nothing more. It was but a salvo in the arsenal of costumes changes she uses to keep her publicity machine churning. When Jana Sterbeck put the meat dress in an art gallery its point was decay. Not an irony for which Gaga can spare the time.

To claim pop cultural novelty is new is merely to betray my own biases. I am naive like every Liberal Arts student. Study of the modernist canon defines the scope of my formal education. Figuratively, modernism is reducible to clean lines and white spaces; pure abstraction and an absence of embellishment at one time signified a break from the past. It’s a legacy that lives on in the white cube of contemporary art today. And seeing the world from inside the white cube nurtures certain assumptions about what’s important.

The problem modernism always had with kitsch is that it is not remarkable to be a fan – and fans are what popular culture creates. Today, it is unremarkable to be on Facebook; most people participate in the new culture the digital era creates. At the same time, Facebook is not merely the contemporary version of an older form. Facebook, like the internet, is genuinely new, in the way that collage and television once were. This suggests is that nowadays it is more notable to be on Facebook than it is to have an interest in modernism and contemporary art. In the popularity of Lady Gaga and Facebook and Starbucks, we find the cultural formats of the modern era’s irrelevance. Viewed from the perspective of Grand Prairie, Alberta, this becomes clear to me. Not the literal phenomenon of modernism’s end but rather the loss of its importance as a way to understand our culture.

Thanks to Ann Dean for her comments on this text.

This text was commissioned by Animate Projects’ for their Digitalis series of film commissions, which premiered at the London South Bank, December 2011.

The Digitalis catalogue can be downloaded here.

You are currently reading Meat dress manifesto: On the contemporary irrelevance of contemporary art at Army of YouTube.